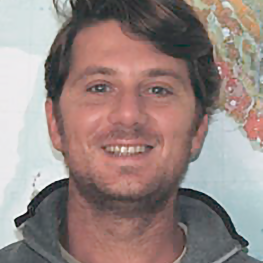 Fabrizio was born in Catania, Italy, on September 14th 1971. After working for two years as a police officer, he obtained a B.S. degree in Geology from the University of Catania in 1997, a M.S. degree in Geology from the Saint Louis University (Missouri, USA) in 2000, and a Ph.D. degree in Structural Geology and Geomechanics from Stanford University (California, USA) in 2006. Later on, Fabrizio worked for three years as a post-doc at the University of Camerino (Italy). Then, he joined the University of Basilicata (Italy) in 2010 for a tenure position as assistant professor of Structural Geology. Fabrizio obtained the associate professor Italian qualification in November 2014.